Watch our webinar with Dr. Carlos Mota from Maastricht University on Bioprinting of Kidney In Vitro Models

Check out some of the latest work on kidney disease model development from our friends at Maastricht University: Microfluidic 3D bioprinting towards a renal in vitro model

Over a 14 day culture period the tubular epithelial cells reorganized to form a lumen and the endothelial cells were distributed in the surrounding layer to create a structure resembling the tubulointerstitium where the peritubular capillaries wrap the renal tubule.

The ability to bioprint a concentric arrangement of different kidney cell types represents a crucial step toward modeling the proximal renal tubule and will facilitate further investigation into the mechanisms underlying kidney disease development and progression.

Click on the image below to read the full publication. 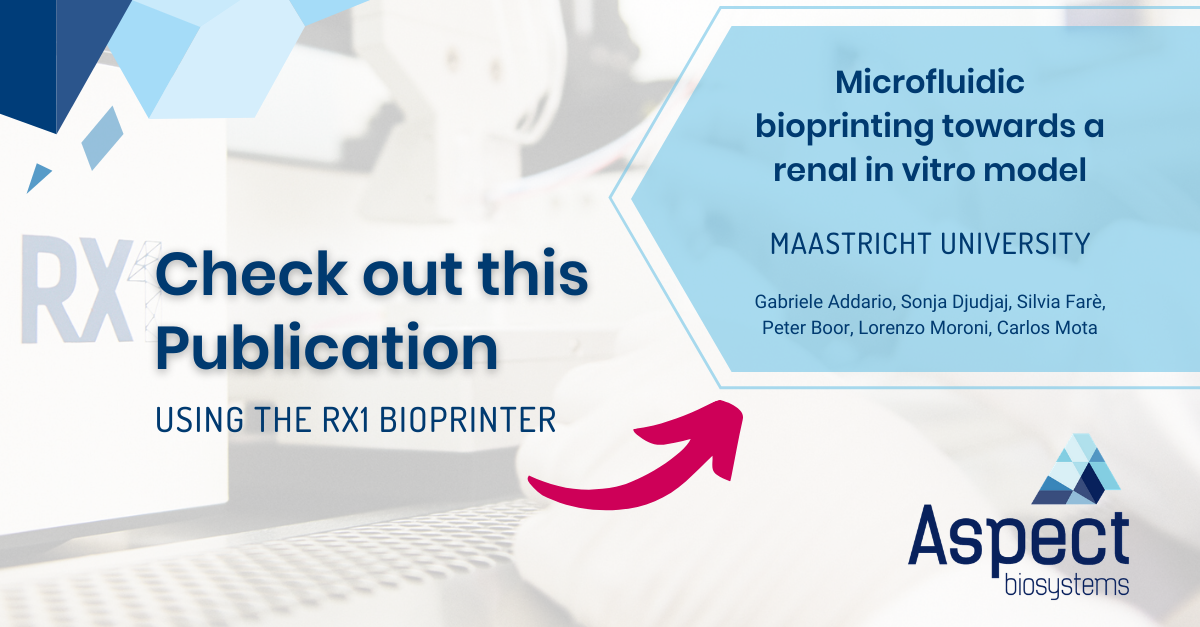